Seacrest is led by a passionate group of administrators, dedicated to the school's mission and its students. As an independent school, Seacrest is governed by a Board of Trustees who are committed to the School's legacy and its vision for the future. Members of the Board of Trustees are entrusted with carrying out long-range strategic planning, ensuring financial success, and developing policy consistent with the mission of Seacrest Country Day School. The Board is comprised of parents, friends of Seacrest, alumni parents and alumni. 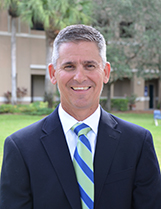 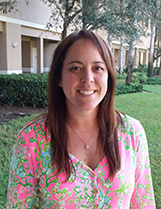 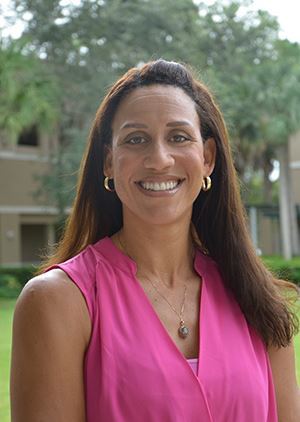 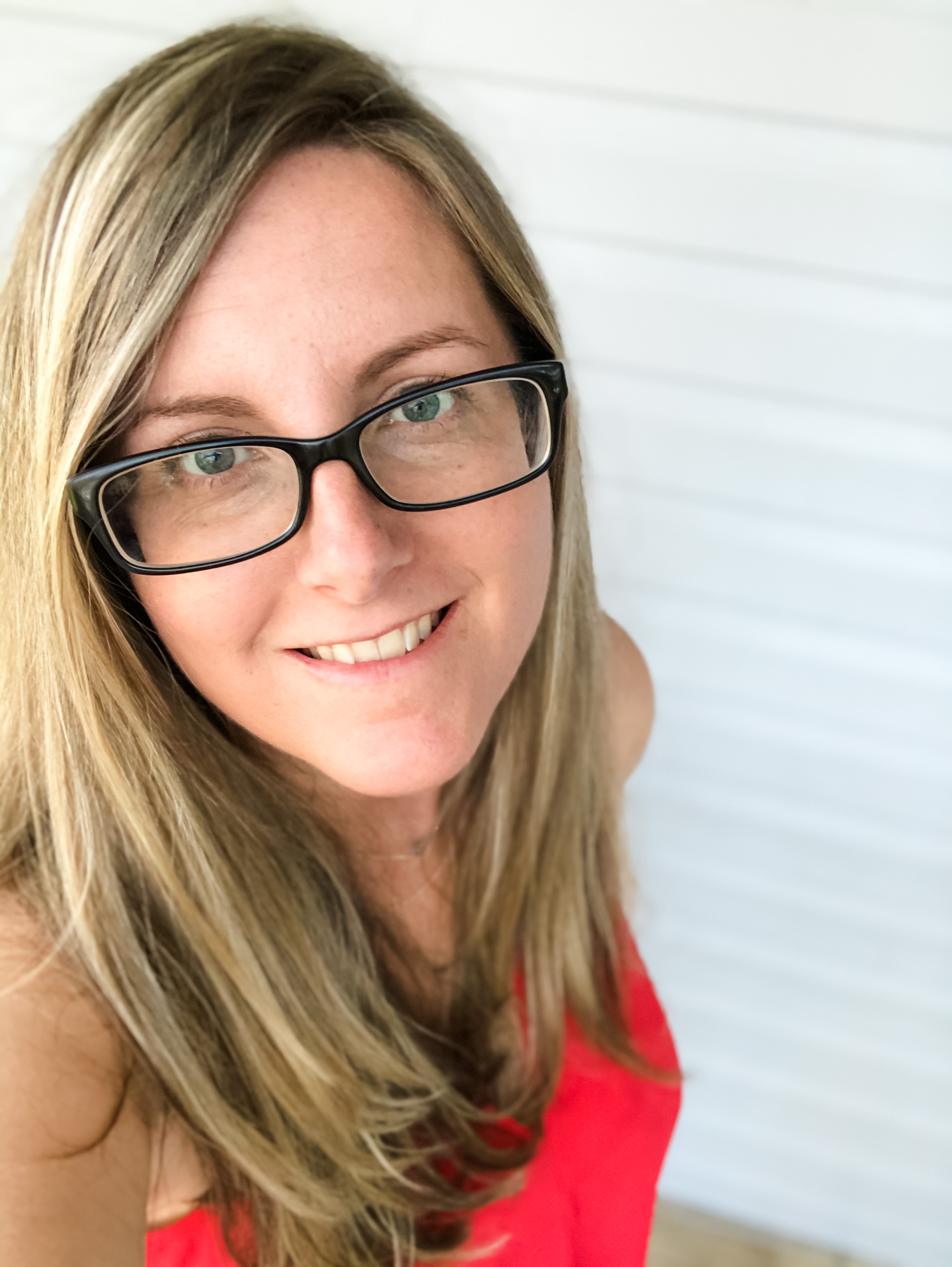 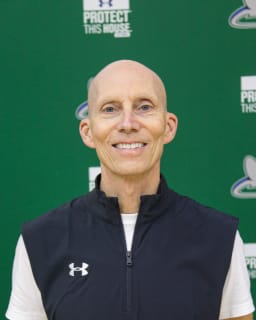 Nancy has worked in manufacturing for 25 years. She became the Director of Business Systems at Shaw Development in 2006 after holding leadership positions in Sales and Customer Service, Production Planning, Purchasing, and Manufacturing. Nancy holds a Six Sigma Black Belt certification. She has a B.A. in Modern Languages from Villanova University. Nancy is an active member of committees including the Fisher School of Technology Advisory Committee at Hodges University, and the local National Center for Women and Technology scholarship program. On our Board, she is the Mission and Program Committee Chair. She has also served as the Family Life and Education Board Chair at Faith Lutheran Church as well as the secretary of the church council. Nancy's two children, Sam '14 and Abigail '16, are graduates of Seacrest.

Kyla is a proud Seacrest parent to three children in the Lower School. The de Asla family joined Seacrest in 2016 when her youngest started PreSchool. She has been involved with the school serving as a Room Parent for 4 years, Auction Chair, member of the Advisory Board and now serves as Secretary on the Board of Trustees.

Chris attended Seacrest from grade 8 through senior year and was a member of the basketball and golf teams. Chris is an entrepreneurial-minded engineer. With his Mechanical Engineering major and Business Administration minor from the University of Florida, he works for E3 Building Sciences in Naples as an MEP Design Engineer. Prior to his engineering profession, he had started up his own company in medical sales.
He is also passionate about snowboarding and CrossFit and combines his love of travel with intellectual curiosity. He enjoys learning new things that may spawn new ideas for future applications.

Debra and her husband, David, have five children and nine grandchildren. Their youngest child, Jamison, was graduated in 2016 from Seacrest where he served as student body president. He started Seacrest in third grade and had a remarkable educational experience.

Debra currently serves on the National Advisory Board of the Sydney Kimmel Cancer Center at Johns Hopkins and on the Board of Trustees at Southern Virginia University.

Johannes “Joe” Lopez is the father to 3 Seacrest students.  Joe and his wife Candice have been active at Seacrest since they arrived on campus in 2019.  Joe is the youngest of 4 children and was born in Caracas, Venezuela.  Joe’s family moved and established themselves in Miami, FL in 1980.  Joe studied and played collegiate baseball in the Carolinas (UNC Charlotte) and then moved to the Midwest for the start of his business career.   After moving to Naples, FL in 2018, he and his dear friend and business partner Nick McCarty (also father to 2 Seacrest students) launched Solstice Partners; an investment management firm with a focus on businesses seeking growth and organizational development.  Joe spends his time helping lead strategic business meetings, at church with his family, on the ball field or in a gym.  Joe is fluent in Spanish and an International Baccalaureate (French) graduate.

Tom graduated from Barry University (Miami) in 1985 with a Bachelor of Science degree. During his sophomore year at college, he started Norbert’s Coney Dog, a restaurant in Mount Pleasant, Mich. He is currently owner of Retail Development, Inc., established in 1989. His most recent development projects include freestanding Walgreen stores in the Midwestern United States. Tom is very active in his church community, serving as an elder for the past 11 years at Grace Lutheran Church in Naples. Tom enjoys traveling and sailing. He has been a part of racing teams in the Fastnet Swan World Cup Race in Sardina, Italy (1984), British Virgin Islands (2002 and 2011) and the Chicago to Mackinac Race (2001). Tom serves as the Finance Committee Chair for Seacret's Board of Trustees. Tom and his wife, Susan (Chair of the Board), have three children, all of whom are graduates of Seacrest.

Susan is originally from Michigan where she worked for General Motors Corporation in Organizational Development and Human Resources. As part of her assignment with the Powertrain Division, she facilitated team meetings and assisted special consultant Dr. W. Edwards Deming during his time at General Motors. Her experience also includes HR support for engineering at Hydromatic Division.

Shan and her husband Mike Byrom are parents of two Seacrest students and have been with the school since 2018 when they moved to Naples. Shan is a lifelong volunteer and believes the work she did as a teen shaped a strong spirit of volunteerism which she now happily shares with the Seacrest Community. Since joining the school, Shan has co-chaired the Annual Gala for four years and has been involved in many other initiatives around campus. She currently Chairs the Institutional Advancement Committee of the Board.

Born and raised in Calgary, Alberta, Canada, Shan attended the University of Calgary, graduating with a Bachelor of Commerce degree. Shan’s career took her into corporate learning & leadership development with WestJet, a Canadian airline, where she developed and facilitated leadership courses and coaching programs for frontline leaders through C-Suite executives.

Shan left the workforce to spend time with her family. When she isn’t on campus, you will find her at a soccer field supporting her sons or training for her next triathlon.

Michael O'Hara has had a lifelong interest in all aspects of engineering. For the past 28 years Michael has been working in the Engineering for the Shaw companies designing and testing fluid system components for aerospace and heavy duty ground vehicles. Currently he is the Chief Technologist for the Shaw Development in Bonita Springs, Florida. In this key role, he explores new technologies for design and development in the heavy-duty vehicle industry designing fluid transfer systems, emission reduction components, and other fluid systems. He mentors engineers in current best practices, guides the test lab in testing applications and troubleshoots product problems. Michael is active in the launching Shaw's new products.

Prior to his current position, Michael was the Director of Engineering and the Proto and Test Manager at Shaw Aero Devices, Inc. Shaw Aero Devices was an aerospace company that specialized in systems and components in fuel, oil and wastewater. Michael is an expert in lightning-safe technology. Michael, along with various colleagues, is the inventor of two patents in the aerospace industry. One is for System and method for preventing incorrect aircraft fuel usage and the other is for System and Method for monitoring the performance of an Inert Gas Distribution System.

Michael received his Bachelor of Science degree in Electrical Engineering from Villanova University in 1987. In 2000, Michael received his Master's in Business Administration from Florida Gulf Coast University. Michael has volunteered in the past at Seacrest Country Day School mentoring students in the First Robotics Competition. He is the father of alumni Sam '14 and Abby '16.

Originally from the metropolis city of Houston, Texas. Graduate from South Texas College of Law, J.D., and the University of Texas at Austin College of Law, FLLM. She moved to the great city of Naples with her husband and daughter in August of 2019. Lily founded “Kao Law Firm, P.A.” in May of 2020, focusing on family law. Coming from a family of lawyers and judges, Lily realized very early on that her passion is to build a law firm that works with people and puts people first. Lily loves to spend quality time with her husband and daughter in her free time. She loves dogs, and they have two of them, “Turbo” an English Bulldog, and “Coco" a miniature poodle. Her passion is making an impact in people's lives when going through hard times.

Amedeo Andrea Savoretti was born in Geneva, Switzerland, and lived there until the age of 10. He then split time between Switzerland and Naples where he attended Seacrest Country Day School through high school. Deo has 3 daughters ages 4, 2 and a half, and 4 months old with his wife whom he first met at Seacrest in the 4th grade. Their oldest daughter is currently attending Seacrest as they both did. Their middle daughter will begin Preschool this year. Deo's professional background is mainly rooted in wealth management and finance. He was exposed to the business world at a young age by three main influences, two of which are his grandfathers, one who was a prominent industrial/commercial developer and entrepreneur, the other a long time Caterpillar Inc. executive, and an operator in the oil business. Lastly, the main influence on his professional career was his father who worked primarily in private banking. Deo studied business at DePaul University in Chicago, where he co-founded and operated a foreign spirits import and distribution business. He was responsible for the development of their product line and the negotiations of import terms, pricing, as well as managing the sales relationships. Deo then stepped away from that business to join a Naples-based family office that specializes in commercial real estate and real estate development as their financial controller/CFO. Deo is multilingual in 3 languages and loves to travel as much as possible with his wife and children. His main passions outside of travel are sports such as skiing, golf, tennis, fitness, and hunting.

A mother to three Seacrest children, Nicole has been a parent at Seacrest since 2010 when she and her family moved from Boston, Mass. She has been involved on campus volunteering her time as Room Parent, a co-chair for three years on the Seacrest Parent Association, a member of the Board marketing committee, and, most recently, as a Board member. In 2016, Nicole began chairing the Advancement Committee of the Board. Nicole has 20 years of experience working in product development and various marketing roles working with consumer brands. Some of the highlights include developing and launching the premiere Venus Williams' signature apparel line with Reebok International, creating the grassroots and public relations-driven promotional launch of the new Beetle for Volkswagen, which included a mobile tour to more than 20 college campuses across the country.