Upper School Student Selected to Prestigious Study Abroad Program
Jun 20 2019 12:49 PM
Share to FacebookShare to TwitterShare to Google+Share to LinkedInShare to PinterestShare to EmailPrint this page

After an exhaustive application, interview, and selection process that began last fall, Seacrest rising senior Ryan Talano recently learned he's been accepted into the highly competitive National Securities Language Initiative - Youth (NSLI-Y). This fully-funded summer scholarship program is offered through the Federal State Department and identifies young American leaders who can help bridge cultural gaps in the world through language and cultural studies. Ryan will be living with a family in Rabat, Morocco and studying Arabic. He qualified for this program, in part, because Ryan was accepted earlier this year into an online Johns Hopkins University honors program to study Arabic.

We did a Q&A with Ryan to learn more about the program and his goals:

Seacrest: How did you first learn about this program?

Ryan: "I first got interested in this program because last year I went to France through Middlebury College. I lived in Nantes for 6 weeks and was only allowed to speak French. I realized after I came home how much I developed my language skills in French learning from locals and immersing myself in the culture." 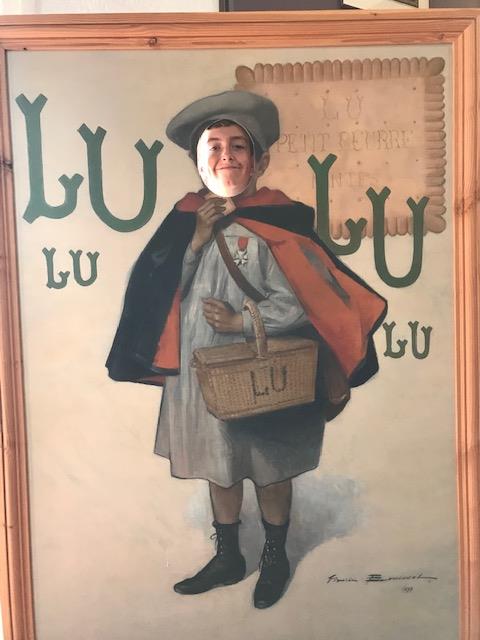 Ryan: "Arabic simply isn't well-known. Not a lot of people think of Middle Eastern countries as safe to visit anymore, but I think they hold a lot of similarities with America. That's what I want to do in life; establish a relationship between cultures, American and Middle Eastern. I also realized I want to study language in a cultural setting, rather than an online program."

Seacrest: What makes NSLI-Y different than other study abroad programs?

Ryan: "Well, first it's a government-based scholarship program. It's fully-funded by the government and reaches a lot of destinations like China, South America, Saudi Arabia. Some are full year. I chose a six week summer program because I feel that's the proper amount of time for me to discover and learn without me getting homesick and allows me to focus on other academic options during my regular school year. Second, I get to live with a host family in Rabat, the capital, and I'll have a fellow American roommate. And the best part is we don't know the type of host family we'll have. It could be anywhere from a well-to-do Moroccan family to a working class family. As a privileged, white male from Naples, I really feel it's important to be open-minded about all cultures and immerse myself in the Moroccan culture now that I have this chance. The more you put into your education, the more you get out of it."

Best of luck on your adventure, Ryan! We can't wait to hear all about it when you return.

There are no archive links to display
Tweets by seacrestschool